Update on the political prisoners as of March 31, 2013

Breaking Update on April 2:  Mr. Park Sung-Soo (Dungree) was suddenly released as of April 1. He had strongly refused that people pay fine for him. But without his opinions consulted in advance, some anonymous person(s) paid his fines of 1,400,000 won on behalf of him on April 1 and he was released on the day. It was informed later that the unknown person(s) did it, reading media, from the kind heart to help him. Mr. Park Sung-Soo expressed both of his sorriness and thanks to the person(s).  Mr. Park Sung-Soo left for the main land and would stay there for a while as his family member is sick.

Thanks so much to the friends who have sent solidarity messages for him. We would send all your solidarity messages sent to him by now through email to him.  From now on, please send support letters only to Yang Yoon-Mo who hits his 62nd prison day as of April 2, 2013. 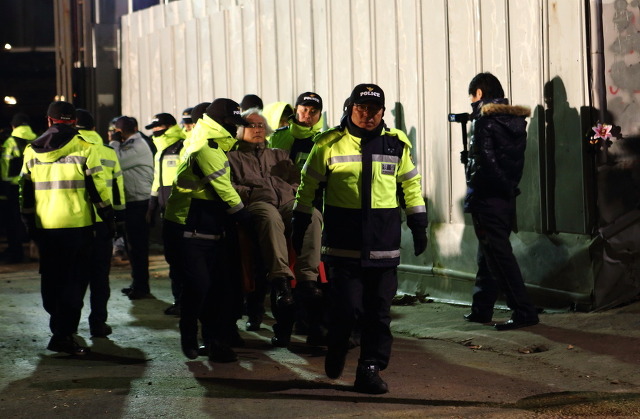 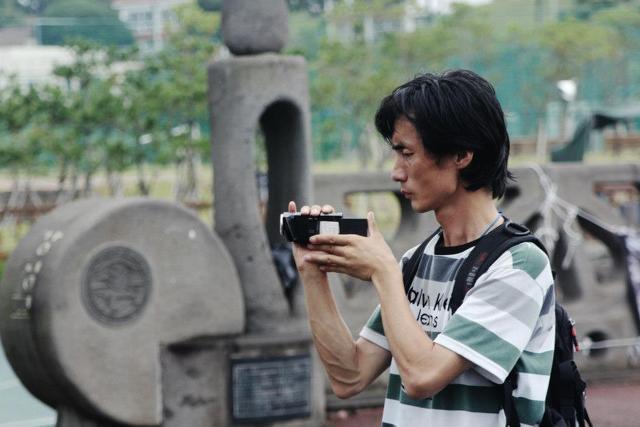 You may use internet letter(See the bottom of the link) to send letters to them. But if you concern that your letters would not arrive fast (Mr. Park Sung-Soo will be released around April 21) or are uncomfortable for your personnel information to be exposed to the ROK government, you may send your letters through email to the gangjeongintl@gmail.com.

The Village International team will collect and deliver your email letters to them with the information of your  name (or nick name), state, country (no specific address needed).

Free all the political prisoners!

Stop the oppression of tremendous fines! 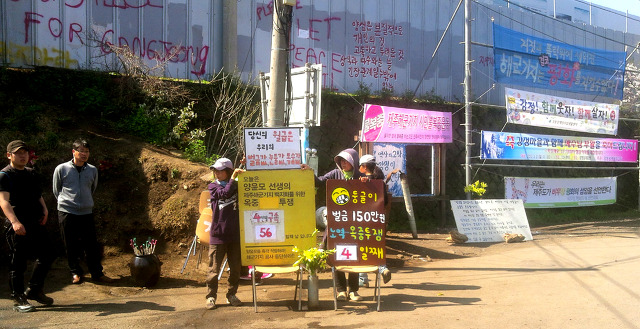 People holding signs in front of the naval base project building complex as of March 28, 2013. 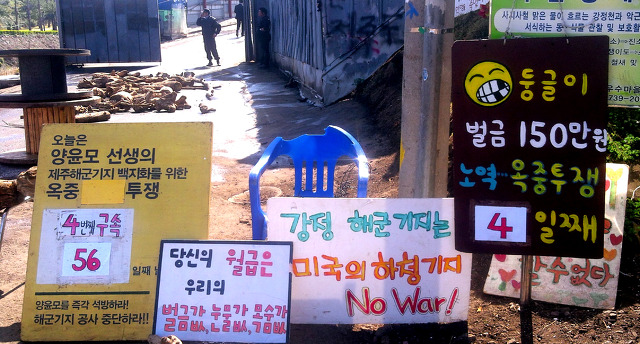 ‘Today is Yang Yoon-Mo’s 7th day prison struggle to revoke the Jeju naval base project. His 4th time imprisonment and 5[7]th day in jail,’ ‘Your wage is the price of our fines, tears and lives,’ ‘The naval base in Gangjeong is the US sub-contract base_No War!,’ ‘Dungree hits 4th day in prison struggle laboring instead paying 1,500,000 KRW fines.’ Signs in front of the Jeju naval base project committee building as of March 28, 2013. 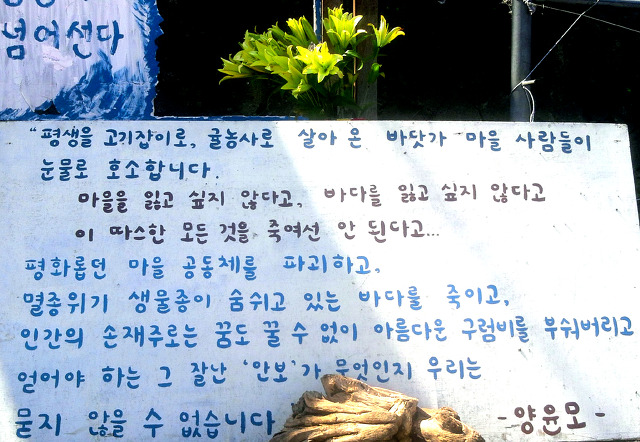 ‘The coast village people who have made living by fishing and tangerine farming appeal to you with tear that they don’t want to lose the village, that you should not kill all of those warm things. We cannot but ask what is such high horse ‘security’ that destroys a peaceful village community, that kills a sea where endangered species breath, and that is gotten by breaking the beautiful Gureombi Rock that human being cannot even dream only with their hand skills.
_Yang Yoon-Mo’