Aegis: Guard of the Guardians Themselves | notonlyformyself

Reblogged with permission from: Aegis: Guard of the Guardians Themselves | by notonlyformyself *

There are so many issues and causes to care about in the world.

Tigers going extinct, homeless folks, religiously motivated settlers in the West bank. And then there is world politics, armament races and wildly differently opinions, conclusions and analysis aimed at explaining how to keep the citizens of the world safe.

Issues that the villagers of Gangjeong have been forced to care about.

They have filed cases. They have sued. They have chained themselves to cars. They have lobbied and demonstrated. They have been beaten and put in jail. Been black listed and thrown out of convention centers and meetings. Arrested for refusing to leave when demonstrating quietly outside a SAMSUNG(one of the biggest construction companies on the base) owned hotel during a UN/ROK joint conference on disaster and nonproliferation in Jeju. The are still fighting for the UNESCO Biosphere Reserve, adjacent to the proposed military port. They have been called trouble makers, communists and North Korea supporters.

Somebody hijacked their democratic process and their votes didn’t count when they said no to the naval base.

They even walked from Jeju up to Seoul in what turned into a 5000 person march. That is how much they care.

In addition, the main tourist bus driving from the airport in Jeju city to nearby Saegepo was re-routed so as not to expose the bus passengers to the demonstrations during the International Union for Conservation of Nature conference in 2011 and the participants were warned not to have any contact with the activists as they were dangerous. What actually happened at that conference is another story but basically the Korean government had, in exchange for a considerable amount of money, struck a deal with the organisation not to allow talks about the environmental consequences of the naval base construction. It became known and an unwelcome but unstoppable arena was created for the Gangjeong activists.

But this is is not a Gangjeong issue, this really does concern you. Wherever you are. And I will tell you why.

2011 the Obama administration announced a military strategic turn around, a whooping 60 percent of US military resources being shifting from Europe and the Middle East to the Asia-Pacific region in what is called the South Asian pivot. A new frontline of defence and the enemy has a new name. The WOM discourse has not completely gone to bed with the Bush camp but Red China is now the scary man of the mouth.

Still wondering why you should care? Well, a new battle field is in the making in one of the most heavily populated area in the world, with the US as a main actor. Regions and nation states are being courted and divided up according to the old cold war logic.

The United States already has 219 bases on foreign soil in the Asia-Pacific; by comparison, China has none. The Jeju base would augment the Aegis-equipped systems in South Korea, Japan, the Philippines, Singapore, Vietnam and the US colony of Guam. The Pentagon has also positioned Patriot PAC-3 missile defense systems in Taiwan, Japan (where the United States has some ninety installations, plus about 47,000 troops on Okinawa) and in South Korea, which hosts more than 100 US facilities. Source

Many military analysts are saying it, the US naval and missile defence logic is morphing and sliding into the Asian region.

As far as Gangjeong goes, about 6000+ US/ROK navy personal are moving in if the construction goes as planned. And Aegis is coming with them. What are we really talking about here? Well, there are numerous types of these warships. One type looks like this: 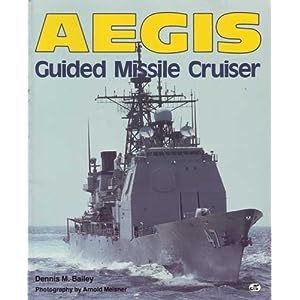 The AEGIS is an integrated combat naval weapons system which uses powerful computers and radars to track and guide weapons to destroy enemy targets. Japan already have three of them, as do Spain and Norway. And the US of course who had them first. Looking at the technique behind it, this is basically how it works:

The Aegis Combat System is controlled by an advanced, automatic detect-and-track, multi-function three-dimensional radar (the AN/SPY-1). Known as “the Shield of the Fleet”, the SPY high-powered radar is able to perform search, tracking, and missile guidance functions simultaneously with a track capacity of well over 100 targets at more than 100 nautical miles (190 km).

The Aegis system communicates with the Standard missiles through a radio frequency (RF) uplink, but still requires the AN/SPG-62 radar for terminal guidance. This means that with proper scheduling of intercepts, a large number of targets can be engaged simultaneously.

In other words, this system is both able to track as well as engage a massive number of targets at the same time. Their radar systems work independently even though they are sometimes referred to as Aegis class cruisers.

Remember yesterdays blog entry. The simulation that was supposed to take place inside the base. Bringing cruise liners into the harbor. Not very likely.

The activists here tell me that submarines that are coming to town are armed with nuclear missiles.

The villagers may know this. Some do. But really. You don’t need to know the tech info. Exactly what kind of Destroyer is coming in or how the Aegis ballistic missile defense (ABMD)was started by President Reagan in the 80s and how it initially was supposed to be use in space.

What it comes down to is this, do we really want another place in the world massively invaded by war ships and missile systems? There are other ways to deal with conflict and fear, like an improved level of communication.

By the way, the blog title refers to the motto written in latin on the emblem. A guard for whom?